Adult Education provides academic instruction from very basic skills up to the college level.
Areas of instruction include:

Instruction is grouped into four general areas: Basic Academic Improvement, Adult Reading, English as a Second Language (ESL), Ready to Work, and Family Literacy. Classes are FREE and open to anyone 17 years of age or older and not enrolled in school. Students learn at their own pace in an instructional program designed with their specific goals in mind. Enrollees may be interested in pursuing the GED® or Non-Traditional High School Diploma credential, preparing for the ACCUPLACER college placement test or ACT test, enrolling in a technical program through Career Pathways, learning how to speak English, building their job skills and certifications with Ready to Work, or simply learning the skills to help their children with homework. The Northeast Alabama Adult Education Program offers free adult education classes at various locations throughout DeKalb, Jackson, and Marshall Counties.

The Northeast Alabama Adult Education Program also offers Ready to Work. Participants of this 8-week program may enroll and begin coursework at any time. Graduates of this program will receive a certificate verifying that they have completed rigorous training and experimental learning activities that prepare them to excel in the workforce. RTW benefits students by providing entry-level employability skills and the enhancement of current skills in order to reach promotion or advancement in their current workplace.

Why Is Adult Education Important? 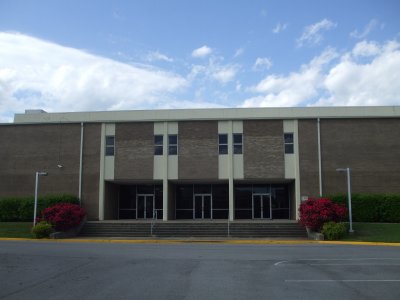 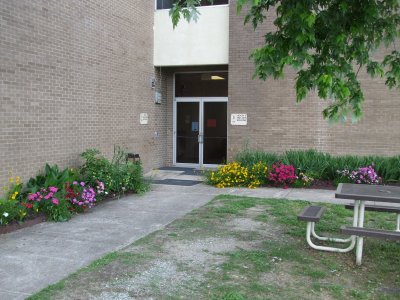 Chris entered our GED class in November, 2017, and proceeded to cut through our program with a grit seldom matched by other students with whom I've worked over the last 18 years. His preliminary diagnostic scores showed promise in reading, and—like almost always—math looked like a mighty tall mountain for him to climb. "Just tell me what I need to do, and I'll do it." I've heard this at times in the past when students first enter class, but Chris meant every syllable when he told me that at the outset, and he wasted no time following through on himself. Chris worked grueling 12-hour shifts all week at a steel plant and then would come here every day he could manage after work and pour it on in class until he had to go home, eat, sleep, and get up to do it all over again the next day. Knowing Chris is a working man, I directed him to prep for his National Career Readiness Certificate (Workkeys) first and use his success on this as a springboard into his GED preparation. It took him less than four weeks from the time he first entered class to prepare for, take, and pass all three sections of his WorkKeys test. Immediately after that came "Okay, what's next?"

Between January and April of 2018, Chris smashed each successive section of the GED, and his scores on each GED subtest were over 160 right up until his last part—the GED Math. Chris had never seen Algebra in all his life and had always struggled with academic math. However, he impressed me instantly with his ability to feel his way through unfamiliar territory in math and still manage to score well on every practice test or diagnostic that I gave him. He caught on to Algebra well enough to hang tough, and then he told me in early April that he planned to get married the third week of April; he said he really wanted to have his GED done by then, so we brainstormed a test date and hopscotched through some of the high-end Algebra and Geometry, hoping that he'd be able to bring the goods on game day when he sat down in the lab to take the GED Math test. Of course, he nailed it on the first attempt and instantly began planning out his entry into college and the direction he wished to take from that point forward.
Chris is a peer of mine…We're about the same age, and suffice it to say that he and I are kindred spirits. We both came from a similar background of dark times, brokenness, and rebuilding of self; as such, my respect and admiration for Chris run deep. Swapping old "war stories" of youth and foolishness with him one of the last nights he came to class before his math test will always be a fond memory for me. Chris will go on to college and pursue his Certified Welding Inspector (CIW) certificate, use this to move up the chain in the welding industry that he has worked in for so many years, and has expressed that he may eventually end up studying to become a tech school instructor. He would be a GREAT teacher! His tough, can-do attitude and devotion to his word set the tone for what every man should strive for. Chris is one of a kind, and I could not be more proud to see him roll forward into the happy life he's laid out for himself and his new bride. Congratulations, Chris!!
Sincerely,
Stephen Brewer
GED/ABE Instructor
NACC

All information has been provided by this organization. Do you see outdated information? Please contact NLD Support.

Send Me This Information

This will send the program's contact information to your email or phone.